– C.E. Taylor Oil, Inc., better known as Chuckles, began in 1967 when Charles E. Taylor bought out Jones Oil Company, which was a small Shell retail or wholesale distributor centralized in Washington, IN. Charles E. Taylor, Jr. soon started to learn the business and joined the team in 1977 after graduating college from Indiana University.
– Later, in 1978, the company began to expand, buying its first of many jobbers in Southwest Indiana.
– In 1985 C. E. Taylor Oil, Inc. converted its first gas station into a C-store in Washington, Indiana, an uncommon theme then.
– The success of the first C-store operated by C.E. Taylor Oil, Inc. led to many conversions, rebuilds, and ground-ups in the following 20 years. The year 1998 proved to be a big and successful year for the company as they doubled their size to 24 stores. This required a lot of hard work and dedication from everyone at C.E. Taylor Oil, Inc.
– In the last few years more stores and food chains have been added to the mix, giving C.E. Taylor Oil, Inc. 29 locations throughout Southern Indiana and Western Kentucky. As the count of stores grew the company began to brand itself and add branded food chains to keep with demand, such as Subway, Noble Romans, and Quizno’s.
– Today, Chuckles serves the community with their very own branded gasoline. With over 320 dedicated employees to date, the future of Chuckles is promising. We strive everyday to provide only the best to the customers who support our success.

Chuckles Gas is personally my favorite because it gives me the best gas mileage as opposed to the other brands around town.

“It is as good as it sounds!” Thomas and Linda Sargent”

The Rewards Card sounds like a great program, and it is as good as it sounds!

I love Chuckles Gourmet Coffee! It’s my first stop each morning on my way to the jobsite. 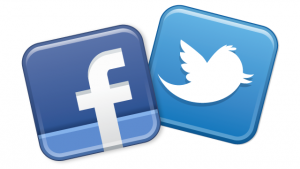